The best way to see the quality of work that you will be receiving is to see actual smiles that were treated Dr. Rejman. The following are before and after pictures of actual patients who have been treated, along with some beautiful oil paintings by Dr. Rejman! These are some of the more dramatic and difficult cases that were treated, but notice that all patients are finished to ABO standards, with great attention given to maximize esthetics and beauty. Dr. Rejman gives this level of care to every patient, no matter how extreme or relatively mild the correction is.

About Us Meet Dr. Dan Meet the Team Tour Our Office Community Involvement View Our Services

Patient Before & Afters Our Smiling Patients 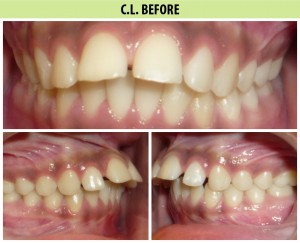 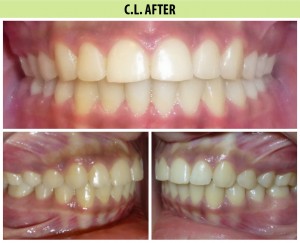 C.L. had a habit of sucking her lower lip, which resulted in severely proclined (tipped) upper front teeth. I had to work together with C.L. to end this habit while concurrently aligning the teeth with braces. This is a good example of how powerful thumb or lip sucking habits can be. 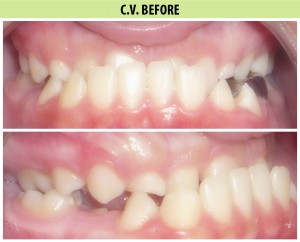 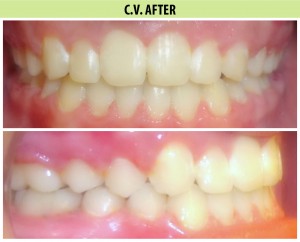 C.V. presented with a large underbite, which is one of the most difficult growth patterns to treat in orthodontics. He also had a deep bite and two upper canines that were impacted (stuck in the upper jaw). Parents give me credit for correcting these bites, but a large part of successful treatment is also due to the patient’s help and positive attitude! 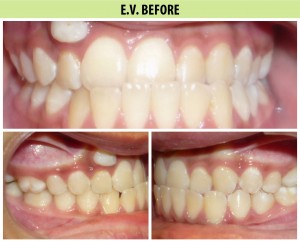 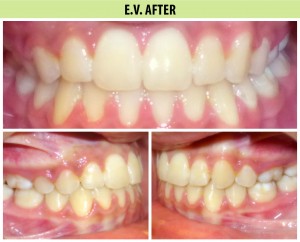 E.V. presented with a completely blocked out upper right canine that had erupted over her lateral incisor. This caused her upper front teeth to shift severely to her right side, giving her an unbalanced, off-center appearance when she smiled. I try to treat without extracting teeth whenever possible, but severe cases such as this often require extractions to achieve great results. Note the centered, balanced smile in the after photos. 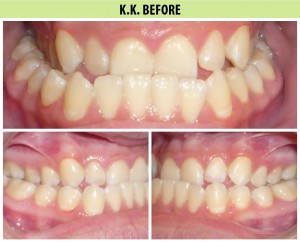 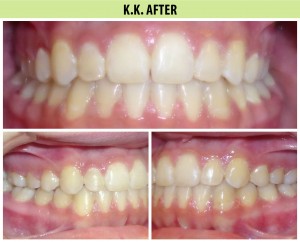 K.K. had an upper jaw (maxilla) that did not grow in proportion to her lower jaw (mandible), causing both anterior (underbite) and posterior crossbites. These types of cases are among the most difficult to correct (especially at later ages), but she did amazing with her elastics and finished beautifully! 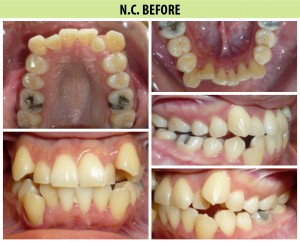 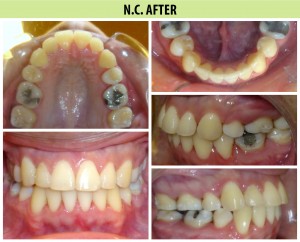 N.C.’s life was changed by the transformation that we helped her achieve. She had severe crowding and misalignment, and had trauma to her teeth from an auto accident during treatment. She was an amazing patient, and now she loves to smile! She is currently getting more aesthetic fillings on her back teeth from her dentist. 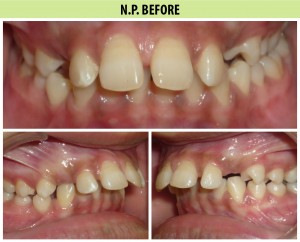 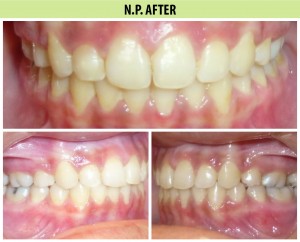 Another patient who had life changing results, N.P. was picked on in school for her severely protruding upper teeth. Not only did her teeth look beautiful when we were finished, but her facial profile improved significantly, as did her self-confidence! 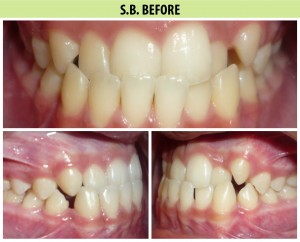 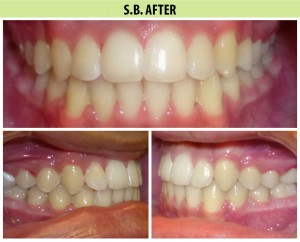 S.B. had anterior crossbites, crowding and spacing. He also had an extra (supernumerary) tooth that grew impacted (stuck in the bone) near the roots of his upper front teeth. He did great with cooperation and oral hygiene, and the results reflect this. 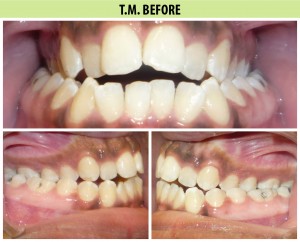 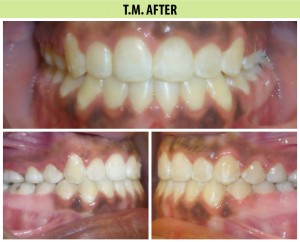 T.M. was a joy to work with! She had severe issues with her bite, including an anterior crossbite, bilateral posterior crossbites, anterior open bite, crowding, and a narrow upper jaw. She came to see me as a older teen, which is later than ideal to start such an extreme case. But what an amazing result- we were thrilled with this fantastic finish, and to avoid the need for a surgical correction that is often needed with such severe adult cases. 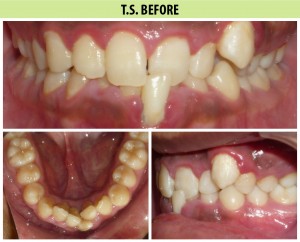 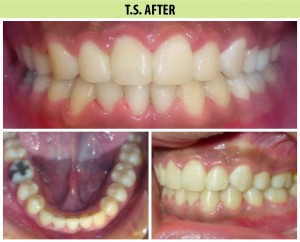 T.S. had a very interesting and complex case which required relatively non-traditional treatment. He presented in his late teens, and had a lower incisor in crossbite with severe attachment (bone and gum) loss. He also had a blocked out (severely crowded) upper left canine. One lower incisor and upper left premolar were extracted, and this is great example of conservative treatment with extractions to achieve an amazing result! 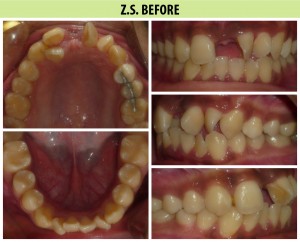 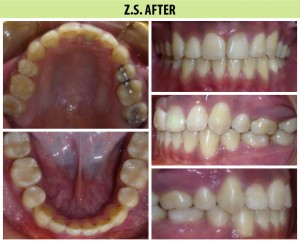 One of the more dramatic cases that I have treated, Z.S. presented with extreme misalignment. He had severe rotations, and his upper right lateral was located directly behind his central incisor. One of the challenges of these cases is to bring the roots of the severely misplaced teeth to the proper location, so the visible part of the teeth emerge from the gingiva at an ideal angulation.